A Theological Journey Pt. 5: For his Bride 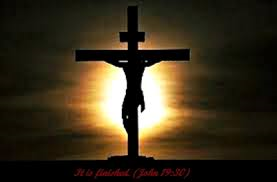 Any solid Christian you talk to is willing to glory in one of the most foundational truths of the gospel. "Jesus died for our sins." Jesus took on himself the wrath of God so that all who put their faith in him will be saved. However, this raises a series of questions that many do not think of. Although, perhaps you the reader have thought of some if you have been following the posts that have led up to this one. I strongly recommend you do so, particularly because this post and the last are meant to be read together.

Often when Christians hear the clear texts of scripture that express the "choosing," "electing," or "predestining" nature of God, they immediately object with verses that seem to communicate a universal desire for salvation on God's part. This is good and right since we must always judge scripture with scripture. Just to name a few,

"The Lord is not slow to fulfill his promise as some count slowness, but is patient toward you, not wishing that any should perish, but that all should reach repentance" (2 Peter 3:9).

"First of all, then, I urge that supplications, prayers, intercessions, and thanksgivings be made for all people, for kings and all who are in high positions, that we may lead a peaceful and quiet life, godly and dignified in every way. This is good, and it is pleasing in the sight of God our Savior, who desires all people to be saved and to come to the knowledge of the truth" (1 Timothy 2:1-4).

"For God so loved the world, that he gave his only Son, that whoever believes in him should not perish but have eternal life" (John 3:16).

While I will touch on these texts, and a few others, I want to first express that we should find it concerning if we find ourselves jumping to a text that seems to communicate what we like when we are confronted with a text that seems to say something we are uncomfortable with. This can easily result, not in finding the harmony of scripture, but in trumping one text with another without letting either speak within its context. Our goal is not to find out which text is true and which is false, but to see how the authors intended them to be received so that they can stand together and all be true.

In order to understand the Apostles when they speak of Christ's death being for all people, we must understand the concerns that they were addressing in the writing of both the gospels and the letters to their various churches. One of the controversies that arose was the nature of the way the gospel should be presented to Jews as opposed to Gentiles. Peter usually would minister to Jews, whereas Paul eventually became an evangelist to the Gentiles. Jesus was the first to talk about this when he gave the great commission and told his disciples to preach the gospel in every nation.

When describing the accomplishment of this task, the Apostles eventually began using language to describe the task that, if we look closely at it, does not necessarily make sense at face value. For example, at the start of his letter to the Romans, Paul encourages the church saying, "First, I thank my God through Jesus Christ for all of you, because your faith is proclaimed in all the world" (Romans 1:8). Then, only a few verses later, he speaks of his plans to continue preaching the gospel saying, "I am under obligation both to Greeks and to barbarians, both to the wise and to the foolish" (Romans 1:14).

Curious. Why would Paul say that the faith of the early church is proclaimed in all the world, but then turn around and say that he is yet under obligation to preach? Why would he say this if we know both from scripture and history that the gospel had not in fact reached every nation yet?

A similar issue arises when we compare different sections of John's writings. Why would John speak of Christ's death by saying, "He is the propitiation for our sins, and not for ours only but also for the sins of the whole world" (1 John 2:2). Yet in the middle of the crucifixion narrative, John's gospel speaks in parallel terms, but with more limited language when he summarizes Caiaphas's accidental prophecy saying, "He did not say this of his own accord, but being high priest that year he prophesied that Jesus would die for the nation, and not for the nation only, but also to gather into one the children of God who are scattered abroad" (John 11:51-52).

Focusing in on these passages from John specifically, perhaps we have an insight in front of us as to how this universal language functioned in the minds of the biblical writers. This becomes even clearer as we consider what the word "propitiation" means. Propitiation refers to a sacrifice that satisfies God's just wrath toward sin. This raises a question. Are we to believe that God's wrath is satisfied for every single individual in the world in light of all that scripture teaches? John does not seem to be merely saying that Christ is a "potential" propitiation, but that this is an accomplished reality.

The universality of this propitiation cannot be defined so simplistically if we take into consideration only a few short statements from Paul. In Romans he writes, "For the wrath of God is revealed from heaven against all ungodliness and unrighteousness of men, who by their unrighteousness suppress the truth" (Romans 1:18). And in Ephesians he writes of the sins of the world and says, "Let no one deceive you with empty words, for because of these things the wrath of God comes upon the sons of disobedience" (Ephesians 5:6). How can Paul speak about wrath that is yet to be satisfied after John seems to say propitiation is a universal reality?

This tension begins to make sense if we acknowledge the patterns of speech that were common among the Apostles. When they spoke of the death of Christ being for "all," they generally were speaking about the fact that Christ said the gospel was a message that would extend far beyond the people of Israel. As John wrote of Jesus in Revelation, "Worthy are you to take the scroll and to open its seals, for you were slain, and by your blood you ransomed people for God from every tribe and language and people and nation" (Revelation 5:9). Therefore, terms like "all" and "world" are likely speaking of the fact that God's people would consist of all people without racial distinction, but not all without individual exception. This brings true consistency between those texts that speak of God's "electing" and "predestining" nature while maintaining the worldwide effects of the cross of Christ.

Don't misunderstand, this does not mean that Christ's death was limited in it's value, such that it could ever run out of forgiving power after a certain number of people came to faith, but it is clear in many texts that Christ's death was specific in its intention and unstoppable in accomplishing its purpose in building the church. When we acknowledge this, we begin to see new power in those texts that speak about Christ's intention to infallibly save his bride. This is why many theologians summarize this doctrine by saying Christ's death was "sufficient" for all, but "efficacious" for the elect. For example,

"Christ loved the church and gave himself up for her" (Ephesians 5:25). Or,

In these passages we see a much more specific choice of words that communicate the more personal and specific nature of the atonement.

To make Christ's death simplistically universal may seem to add to the glory of the gospel, but it removes the personal nature of Christ's choosing for himself a bride that he came to earth to ransom for himself. To deny this would be like asking a man to say he loves his wife, but in a way no different than he loves every woman on earth. This is not the nature of covenant relationship. This is not consistent with those clear biblical teachings that God is a God who elects and predestines. 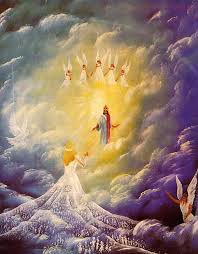 When we begin to see the clarity of this truth, we can see what Peter means when he says God is "...patient toward you, not wishing that any should perish" (2 Peter 3:9). This is a promise to the bride of Christ. It then makes sense that Peter began another of his letters by saying, "Peter, an apostle of Jesus Christ, To those who are elect exiles" (1 Peter 1:1).

When we come to understand this truth, we can then make sense of Paul's words in 1 Timothy 2. We can read his words to offer prayers for "all people" of all levels of authority (vv. 1-2), and know that when he says God desires "all people" (v. 4) to be saved, that God has a people among every group. This gospel is not limited to one class or one race. We then see that this must be his meaning when we continue on and see that the "all" God desires to save is the same "all" that Christ ransomed (v. 6). Christ ransomed a people that is both specific and yet international. Because of this, we don't need to be confused when, in the following letter, Paul couples this teaching with the assertion, "I endure everything for the sake of the elect, that they also may obtain the salvation that is in Christ Jesus with eternal glory" (2 Timothy 2:10).

When we understand this truth, we can read John 3 and see that Christ's death will cover anyone who's faith is in Christ (v. 16), yet we can acknowledge that it is the spirit that brings about that faith... and the spirit blows where he wishes (v. 8).

This truth may be new for many readers, but I believe it profoundly impacts the way we present the gospel. We have not been granted access to whose names are in the book of life (Revelation 20:12), therefore we can preach the gospel to all... the gospel that says Christ will be a perfect savior to anyone who repents and places faith in him. Yet we can remain humble and know that it is the spirit of God in our preaching that brings about salvation. This is a salvation planned before the foundation of the world.

If your faith is in Christ, you can know Christ died for you. Christ was truly your substitute. He did not substitute himself for a nameless and faceless group that might or might not find salvation. He purchased a bride for himself that he would unfailingly bring to glory.
Posted by Unknown at 12:26 PM